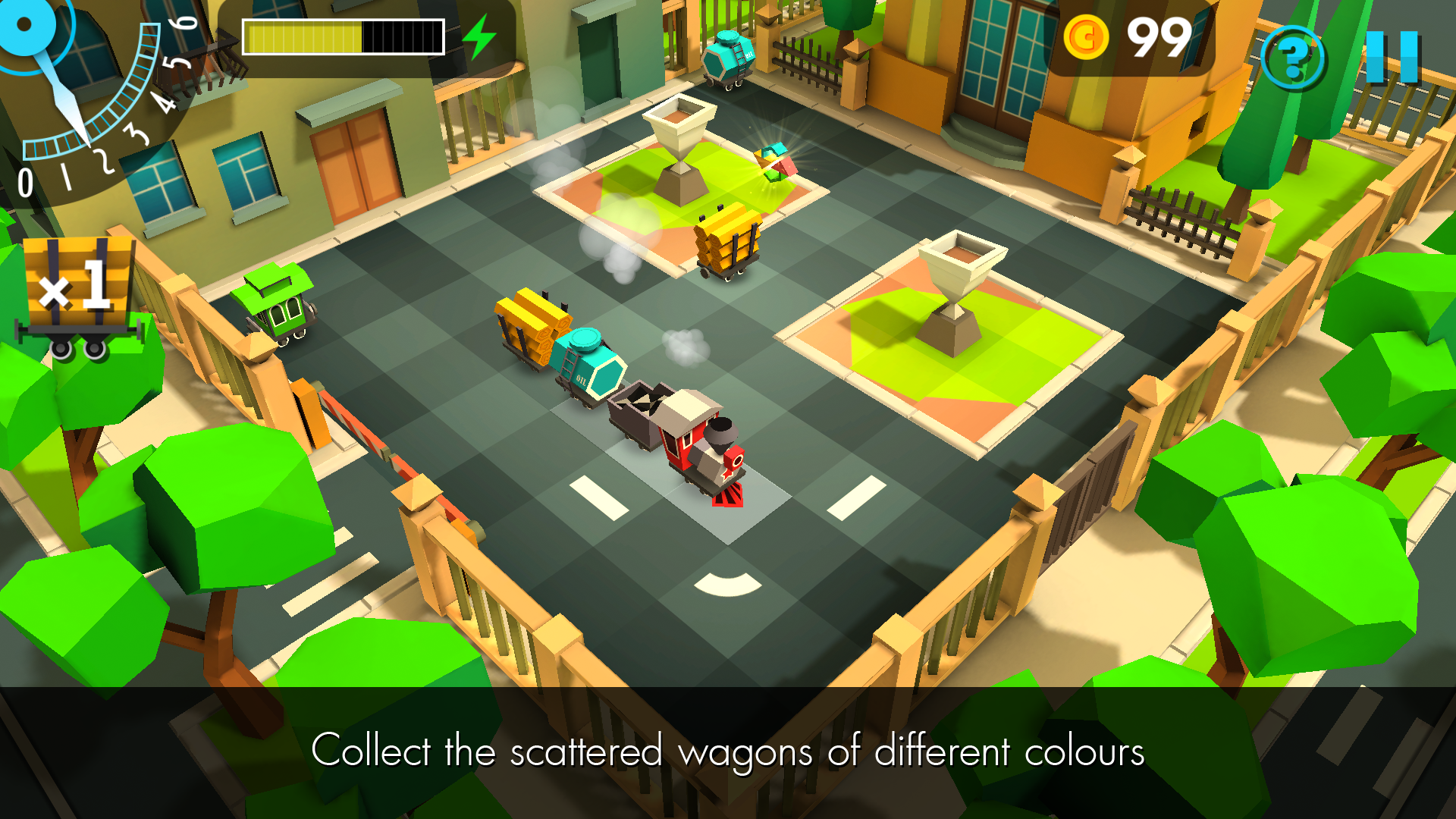 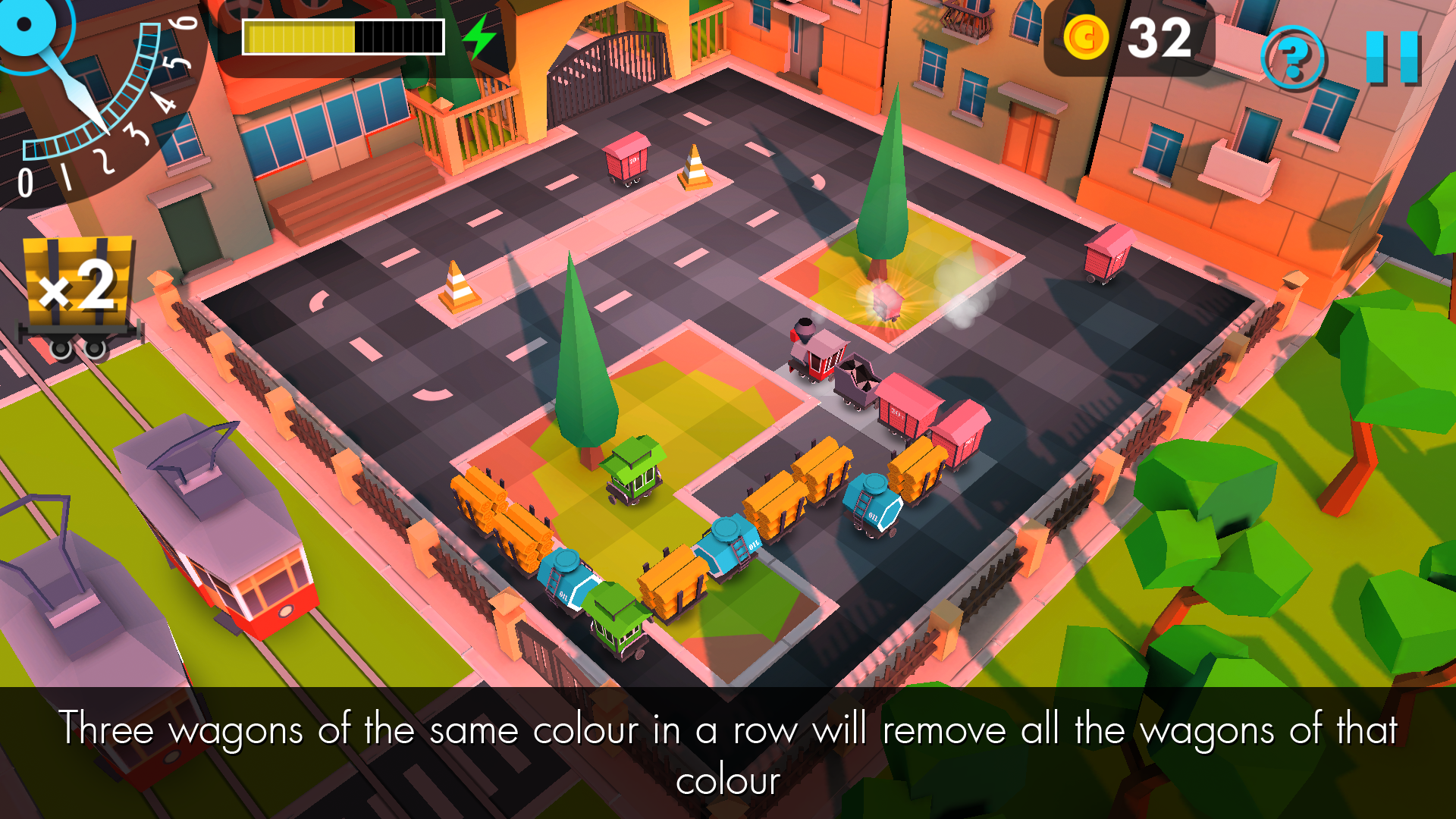 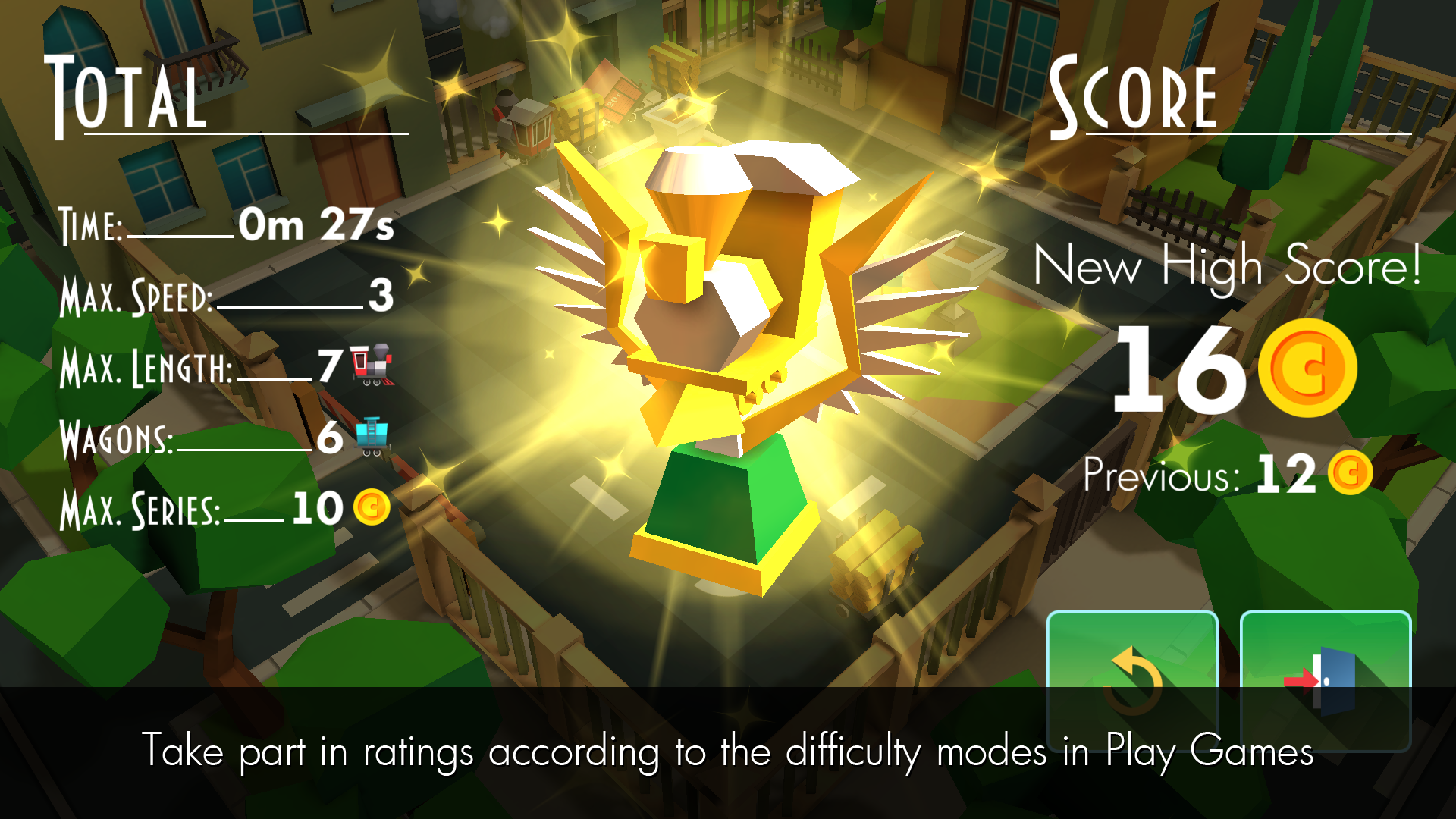 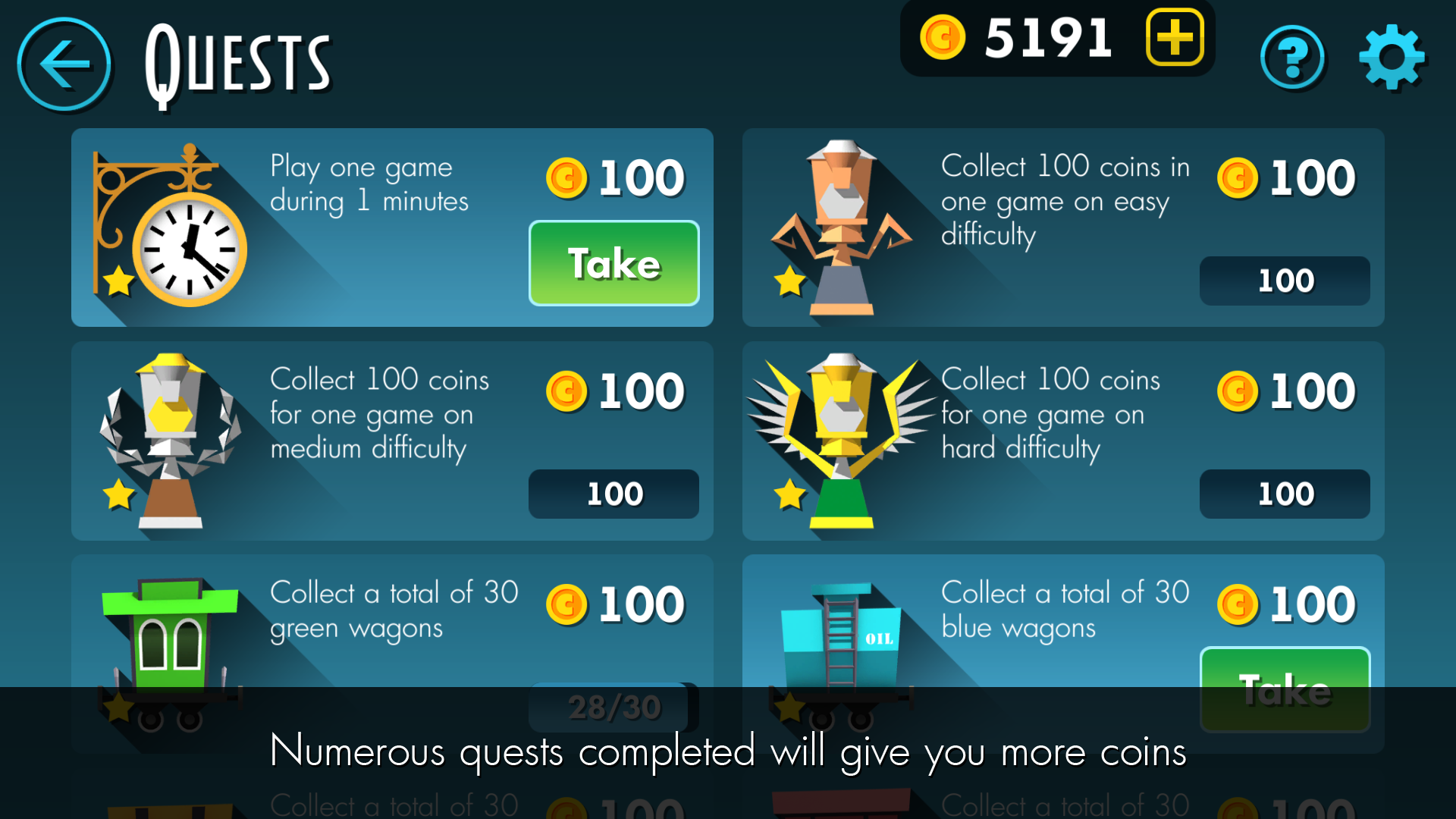 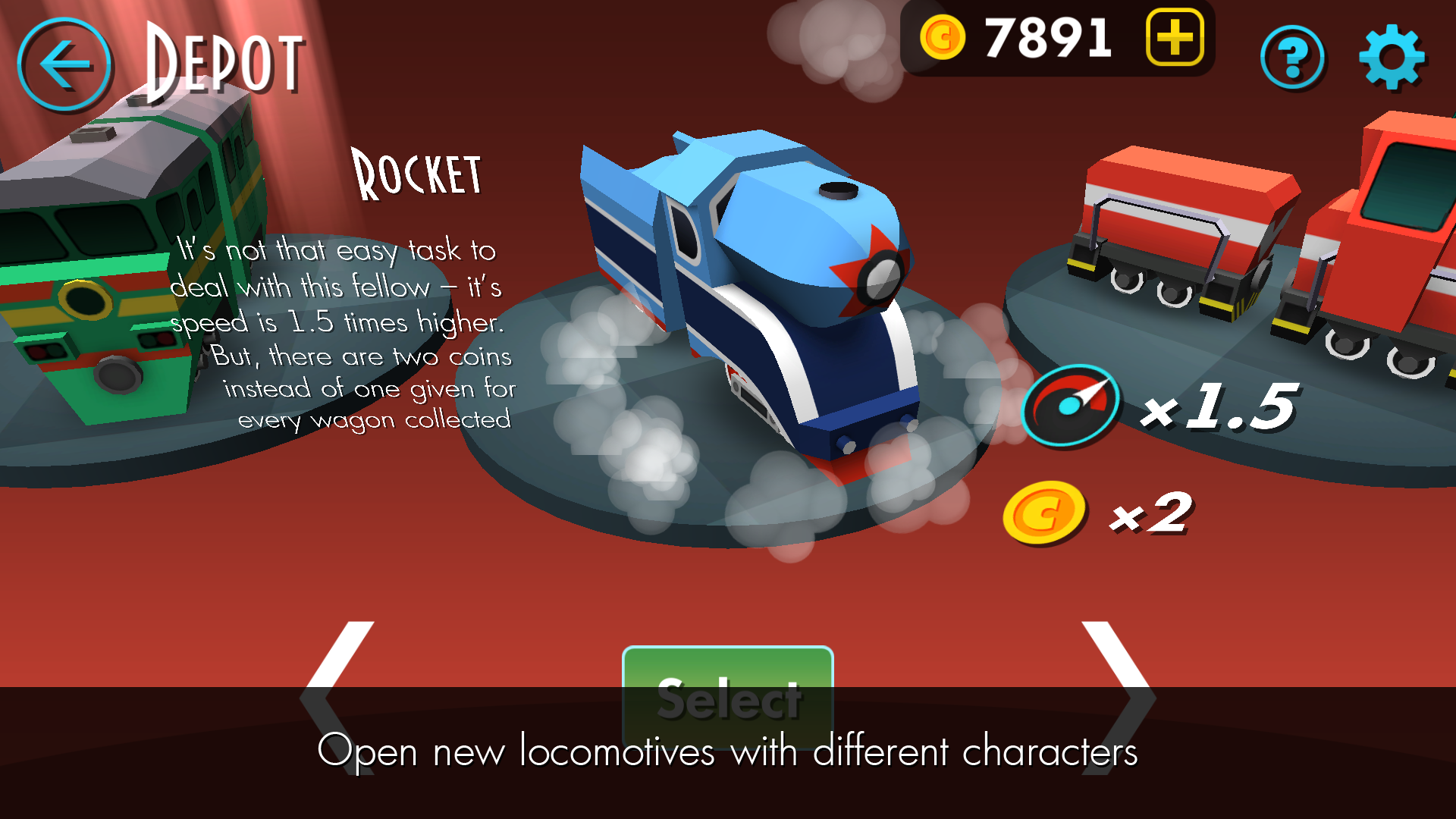 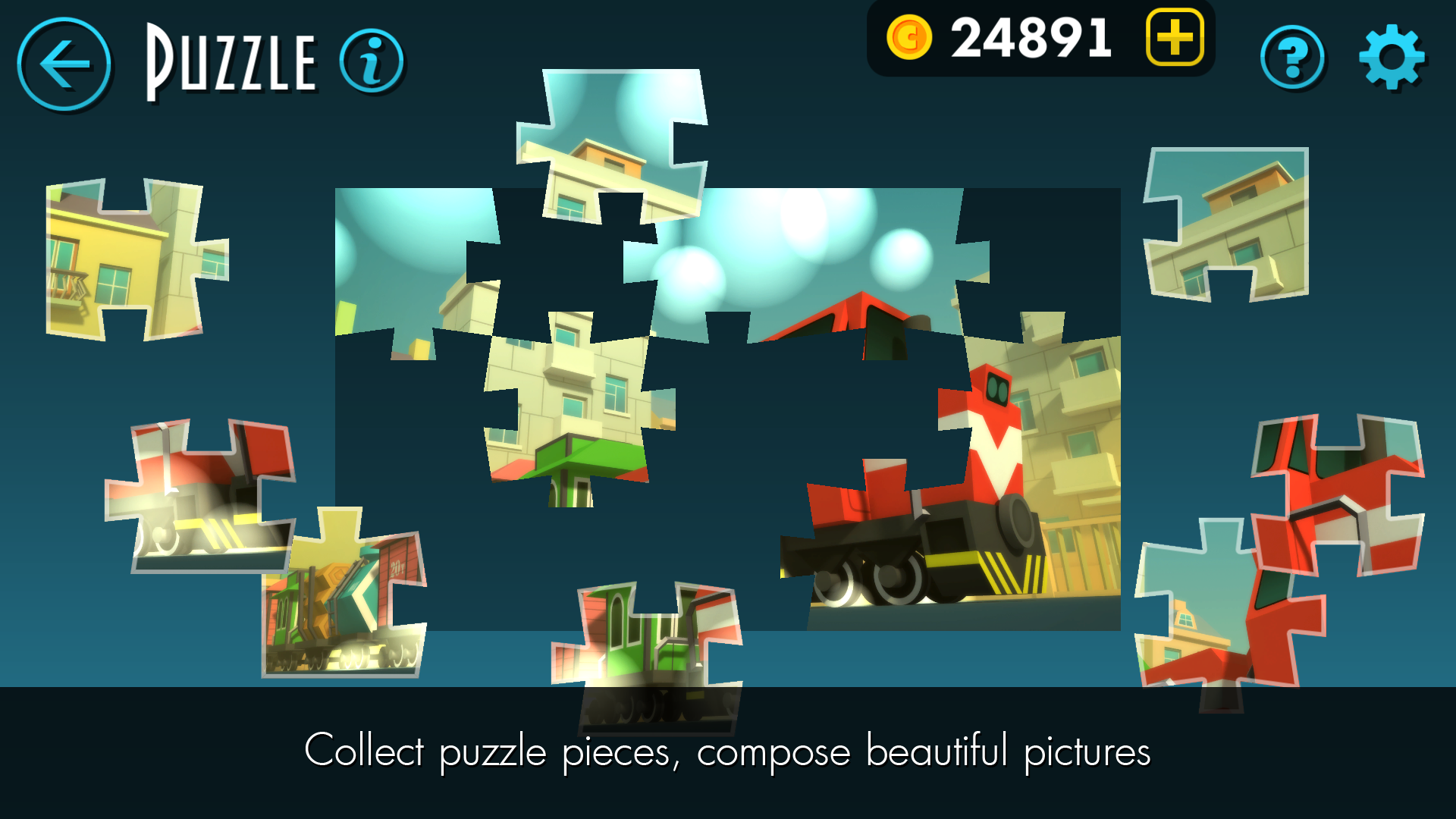 An unusual combination of genres “Snake”, “Three in a row” and “Puzzles”.

Help the brave train to collect the scattered wagons of different colours. Three wagons of the same colour in a row will remove all the wagons of that colour off the train. Dropping bonuses bring more fun to the game. Get coins for the collected wagons, complete various tasks, buy new locomotives.

Besides wagons and bonuses there are puzzle pieces appearing on the area. Collect them by the train and compose pictures. Get unique locomotives for the puzzles composed.

The game for all ages!